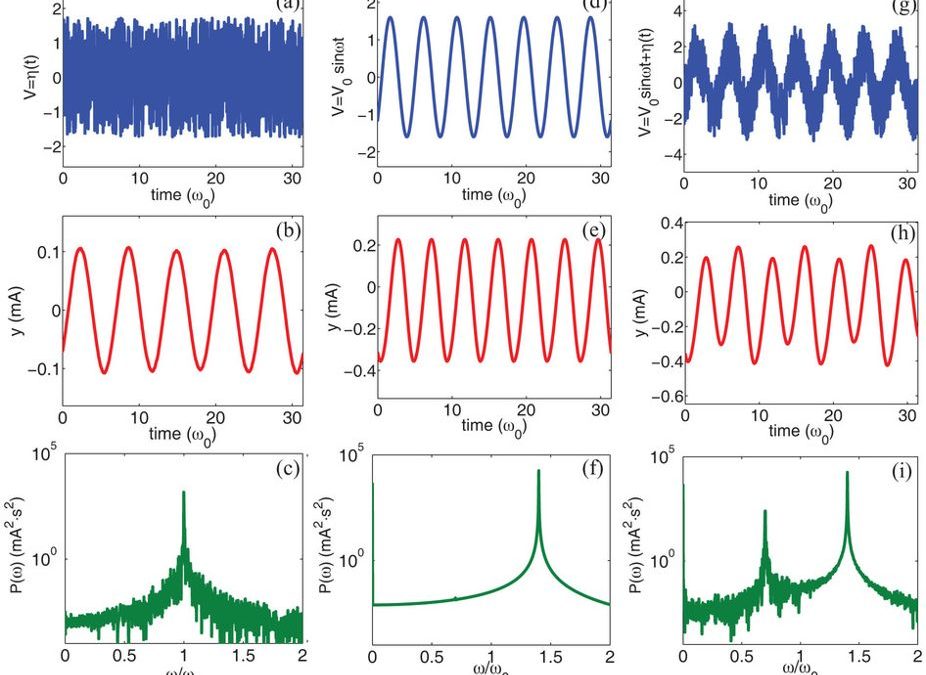 Rhythms of life are dictated by oscillations, which take place in a wide rage of biological scales. In bacteria, for example, oscillations have been proven to control many fundamental processes, ranging from gene expression to cell divisions. In genetic circuits, oscillations originate from elemental block such as autorepressors and toggle switches, which produce robust and noise-free cycles with well defined frequency. In some circumstances, the oscillation period of biological functions may double, thus generating bistable behaviors whose ultimate origin is at the basis of intense investigations. Motivated by brain studies, we here study an “elemental” genetic circuit, where a simple nonlinear process interacts with a noisy environment. In the proposed system, nonlinearity naturally arises from the mechanism of cooperative stability, which regulates the concentration of a protein produced during a transcription process. In this elemental model, bistability results from the coherent amplification of environmental fluctuations due to a stochastic resonance of nonlinear origin. This suggests that the period doubling observed in many biological functions might result from the intrinsic interplay between nonlinearity and thermal noise.