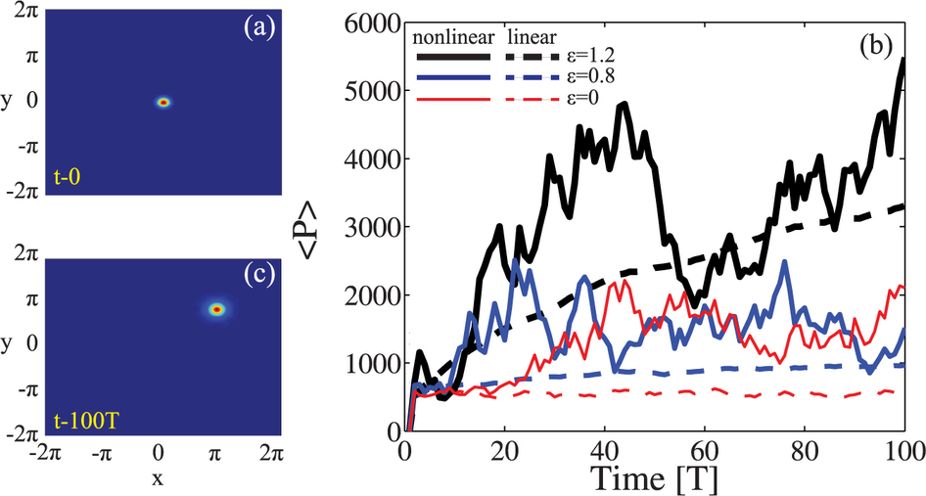 By employing a nonlinear quantum kicked rotor model, we investigate the transport of energy in multidimensional quantum chaos. This problem has profound implications in many fields of science ranging from Anderson localization to time reversal of classical and quantum waves. We begin our analysis with a series of parallel numerical simulations, whose results show an unexpected and anomalous behavior. We tackle the problem by a fully analytical approach characterized by Lie groups and solitons theory, demonstrating the existence of a universal, nonlinearly-enhanced diffusion of the energy in the system, which is entirely sustained by soliton waves. Numerical simulations, performed with different models, show a perfect agreement with universal predictions. A realistic experiment is discussed in two dimensional dipolar Bose-Einstein-Condensates (BEC). Besides the obvious implications at the fundamental level, our results show that solitons can form the building block for the realization of new systems for the enhanced transport of matter.