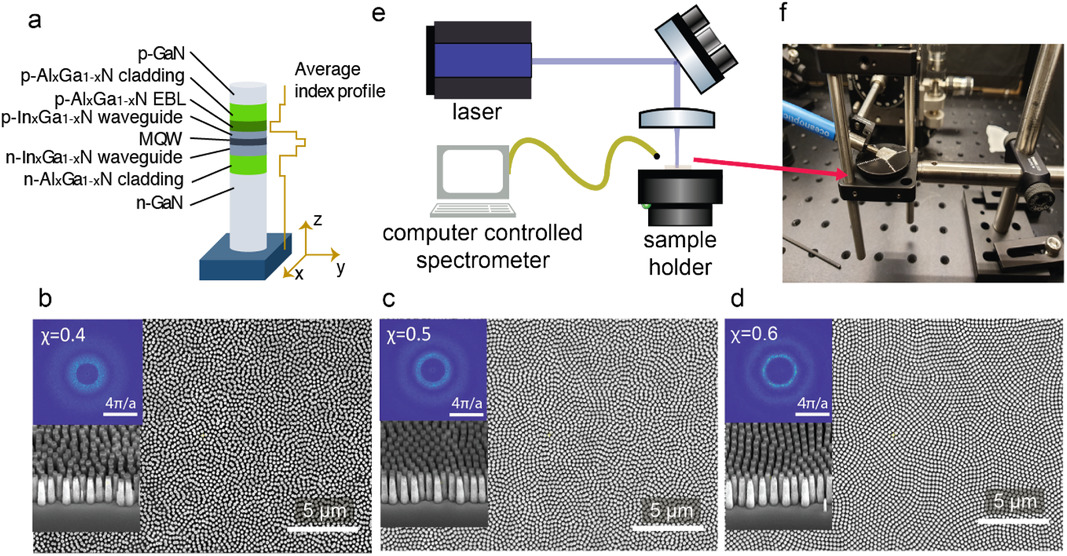 Designing light sources with controllable properties at the nanoscale is a main goal in research in photonics. Harnessing disorder opens many opportunities for reducing the footprints of laser devices, enabling physical phenomena and functionalities that are not observed in traditional structures. Controlling coherent light–matter interactions in systems based on randomness, however, is challenging especially if compared to traditional lasers. Here, how to overcome these issues by using semiconductor lasers created from stealthy hyperuniform structures is shown. An on‐chip InGaN hyperuniform laser is designed and experimentally demonstrated, a new type of disordered laser with controllable transitions—ranging from lasing curve slopes, thresholds, and linewidths— from the nonlinear interplay between randomness and hidden order created via hyperuniformity. Theory and experiments show that the addition of degrees of order stabilizes the lasing dynamics via mode competition effects, arising between weak light localizations of the hyperuniform structure. The properties of the laser are independent from the cavity size or the gain material, and show very little statistical fluctuations between different random samples possessing the same randomness. These results open to on‐chip lasers that combine the advantages of classical and random lasers into a single platform.